The VBS began at our church's children's ministry last Sunday! This year, we're following Standard Publishing's "Adventures on Promise Island." Each week, kids discover and learn a promise of God, and the first week's was: "I am with you." The Bible story came from the Book of Daniel, and showed how the mighty, loving God was with Daniel's three friends when they got thrown into a furnace by King Nebuchadnezzar for refusing to worship the golden statue that he had built.
About a month ago, I did the same following craft (taken from Standard Publishing's crafts guide) with a different church group, and the post on it can be found here.

A brief description of the craft: Each kid gets a blank cardstock print-out page with the three friends, whom they first color with crayons. In advance, the page has a fourth figure (Jesus) already filled in with white crayon. Next they fill in the whole page with watercolors to represent the fire of the furnace, but the areas with crayons already on them would resist the watercolors. So Jesus' figure would eventually appear as they fill in around it, and the three friends will also not be touched by the watercolors to pictorially confirm that they were not harmed by the fire, even a bit.

This time, instead of the white crayons, Contact paper was used to pre-cut out Jesus' figure and stick it on the blank page. The kids did notice that something was there, because it glistened more than the crayon mark would have, and also because they had already learned the story and expected a fourth figure. But it looked very neat and was not problematic. The cutting-out and sticking-on process was more preparation, but I loved the crisp figure that remained when we peeled away the Contact paper at the end. Previously, I noticed that the watercolor still seeped into the crayon areas and stained them more than we would've liked. This time, kids seemed to enjoy peeling away the Contact paper to reveal Jesus also, and the result clearly depicted the message that Jesus was inside the furnace with the three friends.

12"x18" construction papers were used as folders for the paintings; we pasted them inside with glue dots when they were dry. On the front cover, we placed the following print-out to remind them of the message of the craft.

This craft was done with Pre-K children, 3~4 year olds. 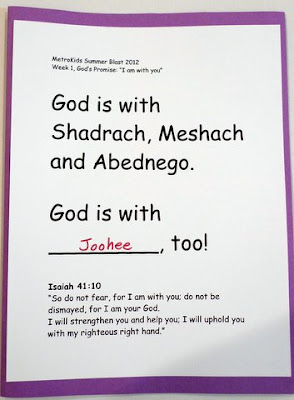 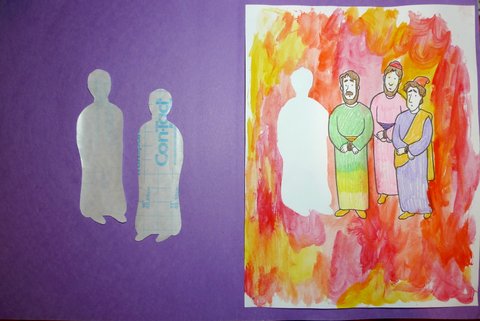 As a reminder for the kids of what happened in the furnace, we made furnace candle lights. I used my own sample too in my room at night and happily fell asleep being reminded of God's promise, so I'm very excited about this craft. We used battery-operated tea lights and plastic jars from OrientalTrading.com (love their business and resources!!). Each kid received a parchment paper that was pre-cut to fit inside the jar, and some yellow and orange tissue paper pieces to make a collage on the parchment paper to imitate the flames inside the furnace. They also received a black paper that was pre-folded into fours and with a figure drawn, and they cut out the four connected people from it. (As long as the "people" paper is opaque, it creates a nice silhouhette when the light gets turned on in the dark, so it doesn't have to be black color, but I liked how the black paper made the figures peek through  even when the surrounding was bright. Lighter shade paper wouldn't have shown through.)
They assembled all the components inside the jar. Because the plastic jar had a domed bottom and the tea light shifted around, we secured it with a ring of twisted tissue paper around it. For the lid, they received a label sticker with "God's Promise" written on it, and their part was to write in the promise of God that they had just learned: "I am with you."
When everyone finished, we all switched on the tea lights in our jars and turned off the classroom light to test our crafts. We were all delighted to see them shine in the darkness. It was comforting to be reminded of God's presence with us. : ] 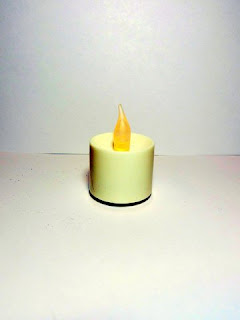 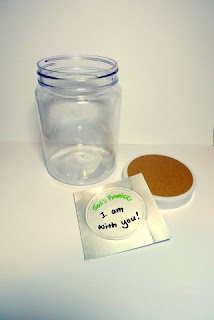 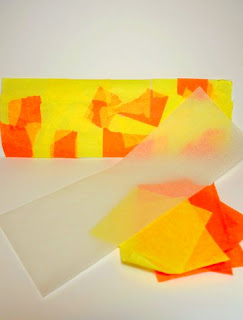 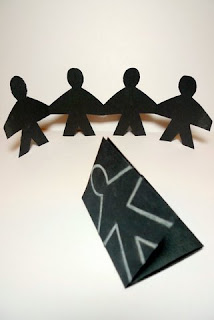 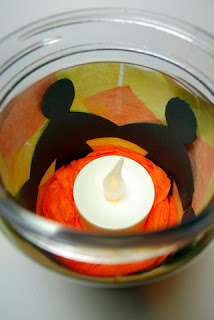 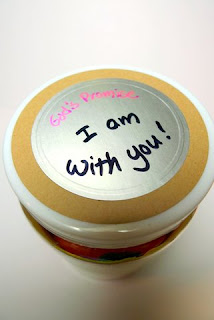 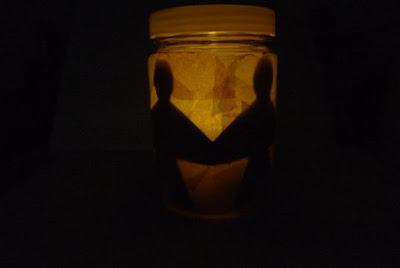 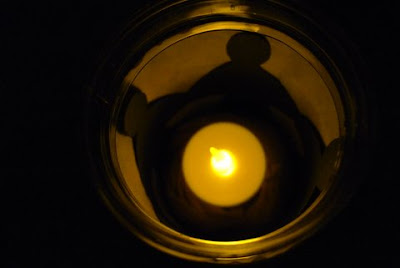 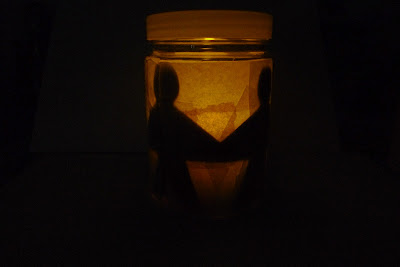